“I’ve always been a giver— I love to help people. I was very sick when I was young, so I spent a lot of time in hospitals. Doctors always thought I was fibrocystic, but I never had it; I just frequently had complications. From that, I realized I wanted to help people who were also sick.”

At one point, she lost her motivation to continue nursing— the hours were long, and she was looking for more lucrative opportunities. That led Savana to start modeling. “I always wanted to travel, and being a model allowed me to do that,” says Styles. “It was stress-free and fun. I’ve always been an exhibitionist, so I also did fitness competitions and was really muscular.”

She kept her sexy career aspirations in the back of her mind until they were realized unexpectedly. In 2014, Savana attended her first AVN, as a fan, and met her now-husband, Lexington Steele. When she saw him outside of the expo venue and approached him, she was only expecting an autograph but also received his phone number! A few weeks later, Steele invited her to stay with him in LA for a week, and afterwards, she felt it was time to finally make her fantasies of fucking for a living a reality.

“He initially told me [the industry] wasn’t what it used to be and wanted me to stay out of it— we were falling in love, and he wanted me all for himself. But I wanted to have a job in porn, so he helped me. It was my dream. I also thought having the same job was fair. If he was going to go fuck other girls and date me, I wanted to do the same thing with other guys. [Regardless,] I think we make a great team. We’re passionate about what we’re doing, and we think the viewers can see that.”

One of the greatest assets to Savana’s performance are her tattoos, including a mural on her side containing many symbols of her life. The Playboy bunny represents her modeling career; Jessica Rabbit stands for the woman she admired most as a child for her innocent sexuality and musical talents; a few phrases in French, her first language, can also be found in ink on her exotic curves. She also has a tattoo on her back, which was penned on her when she was only 16.

Savana’s persistence didn’t let this road block stop her. Her work with Mercenary Enterprises has pushed out of her sexual comfort zone, inspiring her to try new things and test her production talents. “I shoot for a lot of people for content and noticed how many people produce content, so I wanted to give that a shot myself,” Styles says. “I did lots of research on what categories were popular. While there were some things I had done before, there were many that I didn’t, which was a good challenge for me.”

Most of Savana’s most popular fetish scenes involve aggressive hardcore sex and foreplay. She does a lot of female domination, like ball-punching, wrestling, and face-sitting. She told Inked Angels she has previously took part in private domination sessions, where she held the sexual desire of lawyers and politicians in her hands. “They control everything in real life and need a balance, so they want someone to control and repress them and make them suffer, to a certain extent.”

Savana’s favorite fetish scene puts her on the receiving end of that punishment during a home invasion, which was posted to Mercenary Enterprises’ Clips4Sale store in October 2016. The video features Lexington Steele as the intruding thief, who forces himself on a blonde housewife in fear of her life. He then rapes and forces her to love his black cock, which inspired a challenging acting performance for Savana. She said the foreplay and dialogue between her and Lexington turned her on, helping her take all of him during the scene.

Not only does Savana seduce her fans through her sexy clips, she also edits and produces everything behind the scenes. She learned many computer skills in college, which she found to be easy and fun. That led her to continue her education on her own. “I bought some editing software, read about it, and learned everything myself. It takes a lot of time and patience. I love finding music for each movie and making the trailer. It’s just a lot of fun.”

Savana Styles will surely earn and be nominated for many more AVN achievements in the future, hopefully for her roles in both acting and producing. Her conversation with Inked Angels made it apparent she is truly living out her dream and testing the boundaries of what is possible in the sexual entertainment world.

Check out Savana Styles interview with Sophie Gray and while you’re at it, give Savana a follow on Twitter! 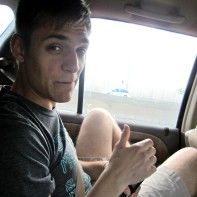 About Her Petite Latina Powerhouse Kiki Klout loves sex and is notorious for her BJs. Before...
Get Your Freak on With Sexpert Sara

As soon as I saw Joanna Angel had a new Choose Your Own Adventure book...
News

Two on One with Larkin Love

March 15, 2021
Interview by Burghcpl4Fun Welcome back to the latest installment of Two on One! We are excited to bring this one too the everyone and...

Two on One with Miss Whitney Morgan

February 15, 2021
Interview by Burghcpl4fun First off thank you to Miss Whitney Morgan for her time in doing this interview and also to Erika Icon from The...

Two on One with Rocky Emerson

January 12, 2021
Interview by Burghcpl4fun We are so excited to bring this interview with a tattooed babe and host for our 2021 Inked Awards, Rocky Emerson, to...

January 4, 2021
Siege Breakher sits down for a steamy interview with InkedAngels I sat down for a video chat with the eponymous...

December 18, 2020
Inked Babe Julia Epiphany Sits Down with Kiersten Bunnz for This Steamy Interview! Canadian-born with dual Spanish citizenship, Julia is a...

Any cookies that may not be particularly necessary for the website to function and is used specifically to collect user personal data via analytics, ads, other embedded contents are termed as non-necessary cookies. It is mandatory to procure user consent prior to running these cookies on your website.